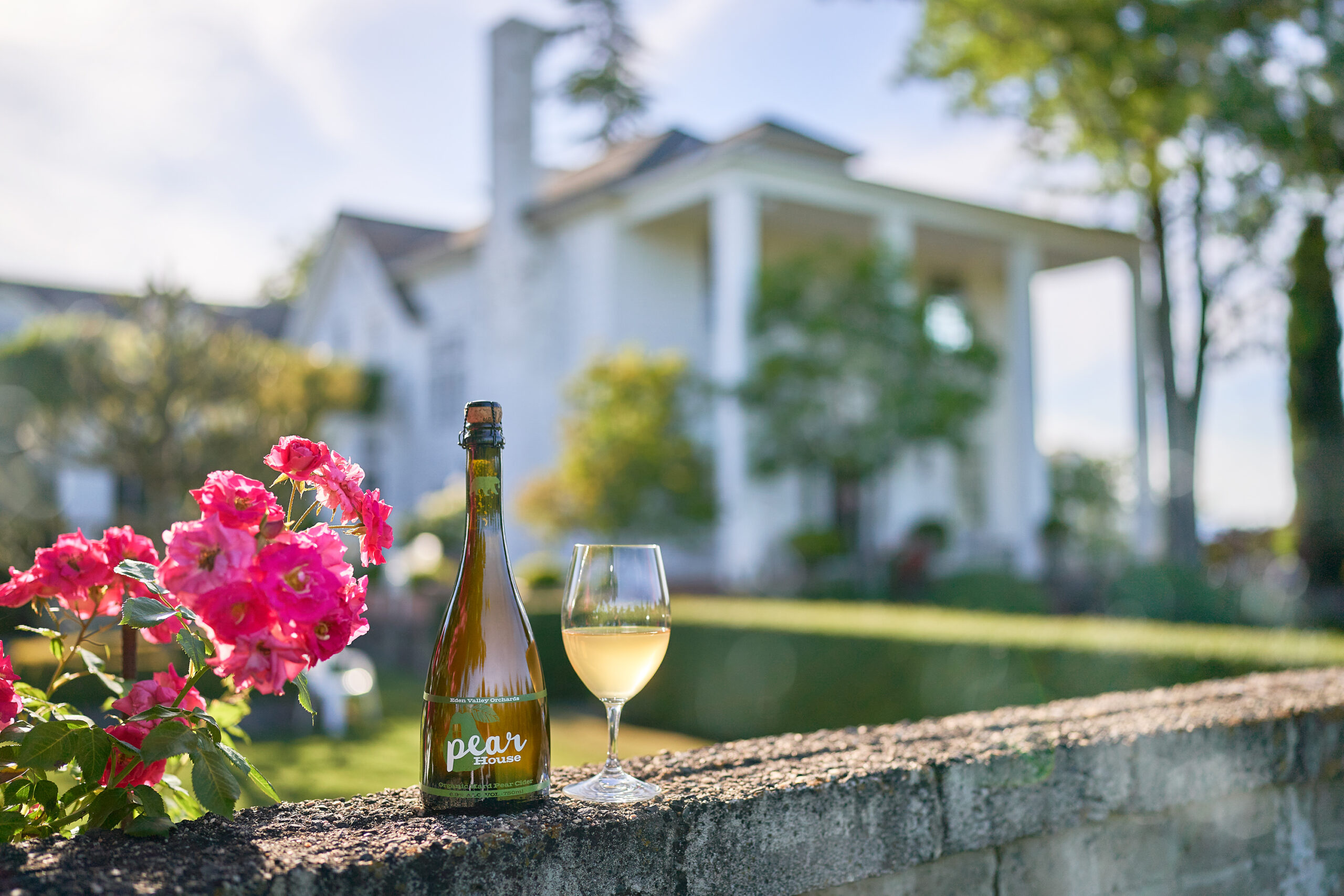 Fresh-pressed pears straight from our historic orchards, planted in 1885, were used to make this very unique and refreshing organic cider. No additional fruit juices or concentrates are used– only the original estate fruit.

In February of 2017, EdenVale Winery, located in the heart of the Eden Valley Orchards property, released its first production of estate-grown pear cider. The 2016 vintage cider is crisp, dry and 100% organic. Fresh-pressed pears straight from our historic orchards were used to make this very unique and refreshing cider.

Eden Valley Orchards was founded and planted in March of 1885 by Joseph H. Stewart, father of the commercial pear industry in the United States and a historic leader of innovative agriculture. He played a key role in establishing the Rogue Valley’s agricultural history. A prominent contemporary of Stewart’s remarked, “Every fruit tree in the Rogue River Valley will be a monument to his memory.”

Two dozen of the pioneer’s original trees are still growing at Eden Valley Orchards in its heritage orchard. Bud wood from his original orchard started trees on large orchards throughout the valley.

The Candlewine Project: History of Pears